Today the United States Navy is 236 years old. The greatest, most powerful, most dominant navy in the history of the planet was not always so. It started in a most humble manner on October 13, 1774 when the Continental Congress authorized two armed vessels to search for British munitions ships,. And humble it stayed for some time thereafter as the navy was essentially disbanded after the Revolutionary War. It was not until the Naval Act of 1794 that authorized construction and manning of six frigates to protect American merchant ships from the notorious Barbary Pirates that the navy again had any presence on the high seas. Still, six ships, humble.
Through the 19th century the navy grew but continued to be a regional force at best, until Theodore Roosevelt sent the “Great While Fleet” on a goodwill-show of force tour around the world. The 20th century presented threats and opportunities on an horrific new scale, culminating with WWII. Entering the largest global conflict in history, the US Navy was as undermanned, underarmed and overmatched as the rest of the American military. However, by the end of WWII, the US Navy had made the world’s oceans an American lake and constituted 90% of all the ships on the planet.
Today, the US Navy dwarfs that of any of country’s. It has the worlds largest carrier fleet with the most advanced carriers of any nation. In terms of tonnage, it is larger than the next 13 navies, combined. With over 286 active ships, 3,700 aircraft, 328,000 active and 101,000 reserve personnel, it dominates the high seas even more than the British did in the 1700s. There has never been such a massive disparity between the world’s most powerful navy and any others, allies or enemies.
The USS Nashville of course played an integral part in naval history, starting with being a new ship in a small navy that faced overwhelming odds at the beginning of WWII, to being part of the most powerful navy the world had ever seen at the time. Her heritage, as part of American Naval Heritage, lives on. 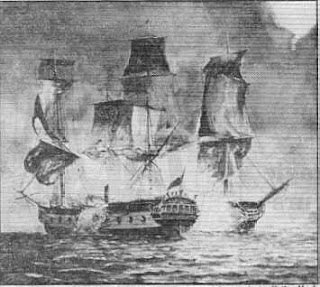 Email ThisBlogThis!Share to TwitterShare to FacebookShare to Pinterest
Labels: US Navy, WWII